LINK TO THE VIDEO

If something is unclear send a message to alex@guitarlessonslondonuk.com and I will be very happy to help you. 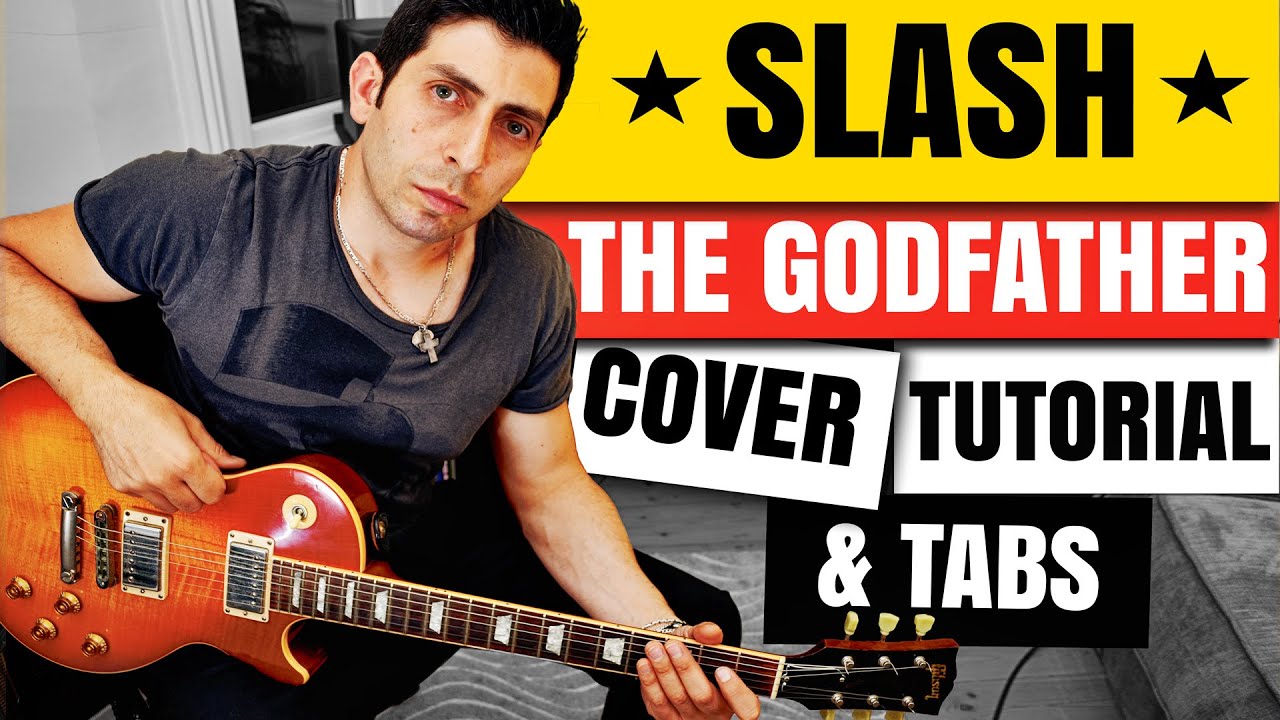 LIKE MANY OF YOU, I grew up listening to Guns and Roses. It’s been always my favourite band and Slash was my hero ever since. Back in 1992, I have bought this double tape cassette “Guns n’ Roses Use Your Illusion 1 and 2 – World Tour- 1992 In Tokyo” and one of the songs that really resonate with me was the Slash’s version of the Godfather Theme. Back then it was too difficult for me to learn that song. Time went by and eventually, I got better at playing the guitar and so I found myself ready to learn that song. I started checking the internet for tabs or lessons but I couldn’t find anything decent. because of that, I have asked myself “Why don’t I write the tabs?” And so I did it. It took me a good week to find notes that would make sense and another week to put together the backing track. I thought that out there somebody else was in my same situation and for this reason, I have decided to share the guitar tabs and guitar backing track with you.

How good will sounds this part of the song is dictated by the quality of your vibrato technique and the way you execute bendings.
While you are bending one string you need to keep the other strings quite by muting them. The note you are reaching needs to be in tune and to give some extra taste you can add a little vibrato. Don’t forget that the right use of the vibrato technique can really transform a lifeless guitar performance into one full of passion and emotion.

Thanks for stopping by!

I hope you have found THE GODFATHER THEME (In the style of Slash) guitar tutorial useful. Get in touch if something about this guitar lesson was unclear. See you next time.

If you don’t want to miss my new guitar lesson subscribe to my YouTube channel. I often upload full song lessons as well as covers and practice tips. Subscribing is very simple, you only need to hit the button below.